This prestigious old theatre & playhouse from the Taisho era (1912 - 1926) is again in operation.

The Uchiko-za theatre was built in 1916 to celebrate the enthronement of Emperor Taisho. The wooden two-story building with a shingle covered Dutch gable roof, was built as a full-fledged theater and playhouse of pure Japanese style. With a revolving stage, a runway next to the audience, seating boxes, actors' dressing rooms, etc., this impressive building represented the technological and artistic state of the art at that time.

Some time ago it was to be demolished due to the poor state, but by the determination of local residents it could be saved and repaired. After restoration work was completed in 1985, it has been re-opened as a theatre. Now it is actively used as a playhouse for various cultural activities of the town and surrounding area. 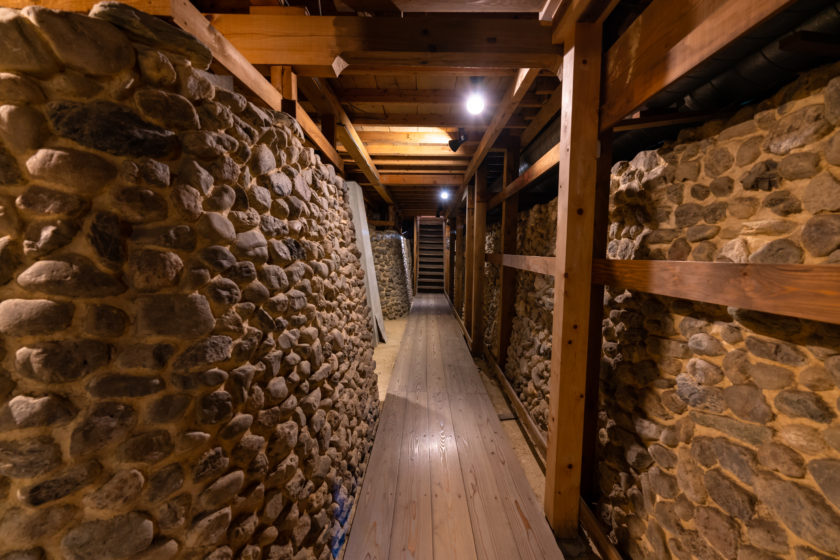 Understage(Naraku)
The space below the stage and runway is called "Naraku" (hell). At the time when the revolving stage and elevator have been moved by human power, it was a very dark and damp place reminiscent of hell. Therefore it came to be called "Naraku", which means hell.
In Uchiko-za you even can go to "hell", just check it out! That for sure will be interesting!

The first inaugural
Inauguration with a puppet theater performance
There was not much entertainment at that time, so performances at the Uchiko-za theatre were eagerly looked forward to. It is said, that to the first inaugural performance people came with lunch boxes, alcohol and snacks and it was a great success. 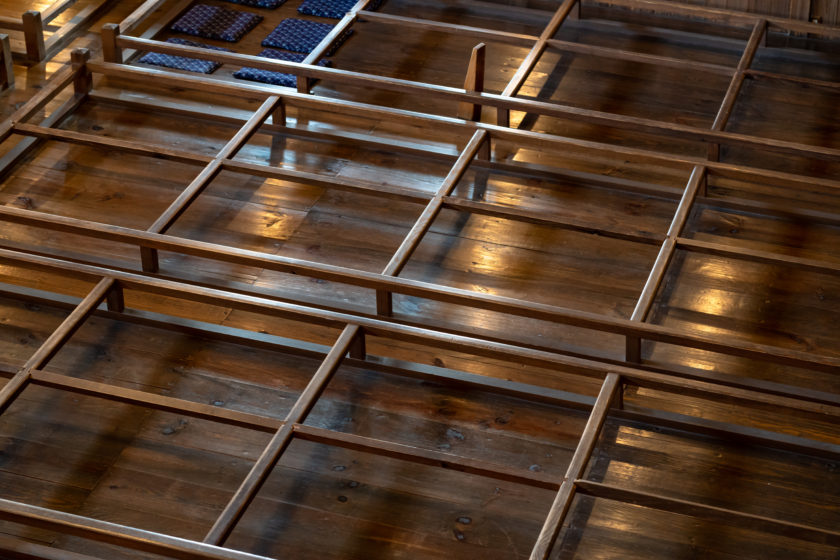 Masuseki (box seats)
Japanese kabuki and puppet theaters traditionally are equipped with a box style seating arrangement. The dirt or wooden plank floor is partitioned into square seating areas by a wooden framework. Since one square area was offered as "Hito-masu" (1 box), the squares are called "Masu-seki" or box seats.